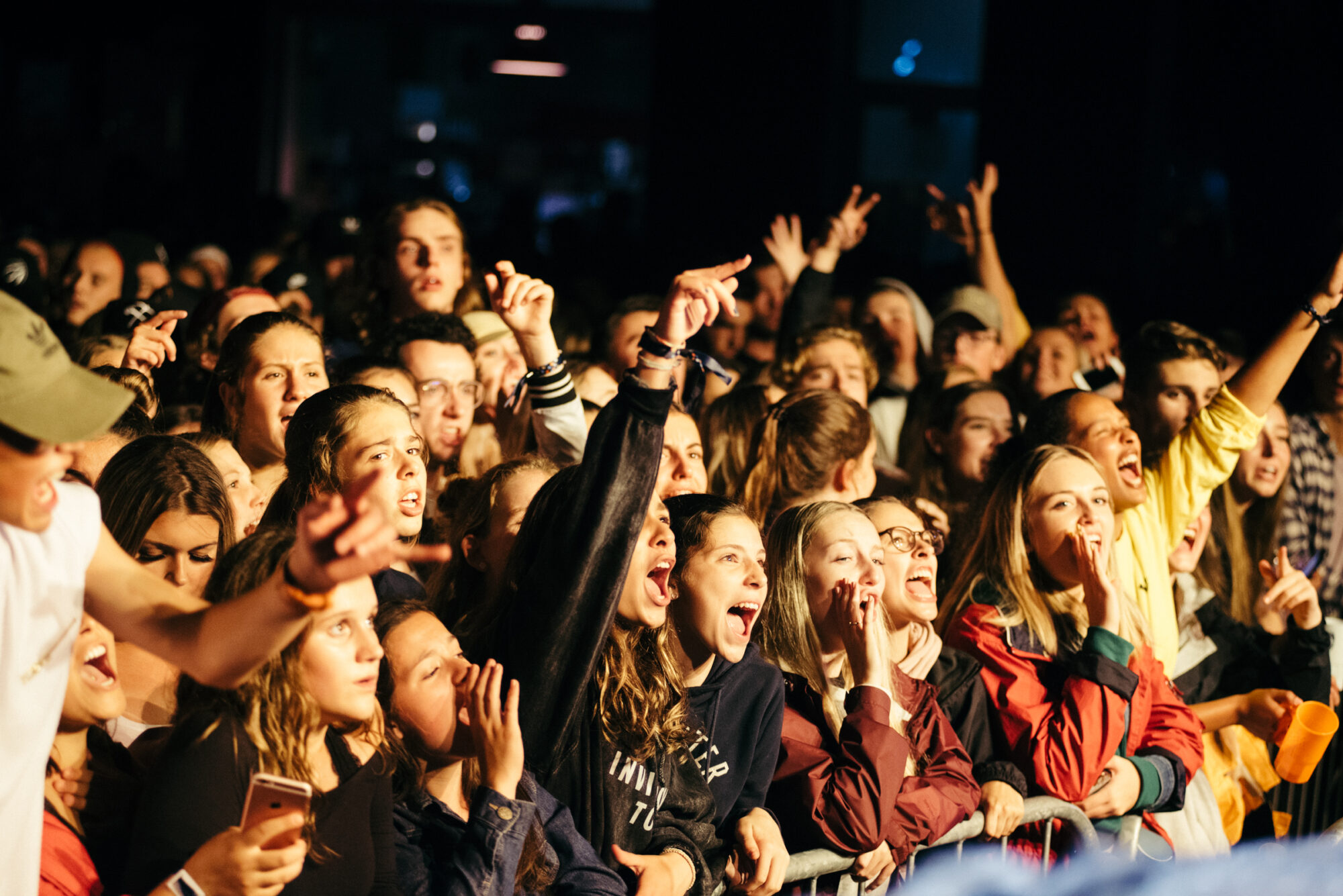 FME CELEBRATES ITS 20TH ANNIVERSARY AND UNVEILS A FIRST WAVE OF ARTISTS JOINING THE FESTIVITIES!.

Festival de Musique Émergentes de Rouyn-Noranda invites you to blow the candles on 20 years of concerts featuring the very best new music as well as celebrated musical acts from here and abroad. On September 1-4, 2022, FME strikes again with an eclectic selection of artists offering alternative, novel and singular music, also presenting many up-and-coming outfits of all genres. In all, attendees will be able to see no less than 75 performances taking place in premium concert venues and unique locations of Rouyn-Noranda. Because keeping such a programming under wraps is eating us up, we unveil today the artists performing outdoors on the Scène Vidéotron, the main stage for this 20th edition of the festival! On the menu for this Événements SiriusXM concert series: neo-folk, indie rock, hip-hop, experimental music and much, much more!

A delegation from the Maritimes to kick off the festivities!

The honor of kicking off the festival’s 20th edition is bestowed upon multi-instrumentalist and singer-songwriter : P’tit Belliveau. At 8pm on Thursday, the Nova Scotia native, who recently released Un homme et son piano, will be showcasing his unique blend of rustic instruments and electronic elements. Fans of country and bluegrass will not want to miss this surprising artist, known to tackle music with neverending candor and an unconventional spirit.

Following closely, Les Hay Babies will offer a new, meticulously crafted, conceptual show that is flush with sincerity. With Boîte aux lettres, their third studio album, the New Brunswick outfit are going back to basics without resorting to clichés and/or banality, harnessing rich influences and creating songs that are both inspired and inspiring. What’s more, the new material is even better live!

Closing out this inaugural bill, we have the unpredictable, but always-on-point singer-songwriter Lisa LeBlanc, who should again dazzle the Vieux Noranda crowd with a spirited concert. To fully appreciate the musical glitter and colorful lyrics sung loud and proud on her latest album, Chiac Disco, it is strongly recommended to wear platform shoes, bell-bottom pants, colorful tops and a whole lot of sequin. Then all shall boogie under the stars to the tune of her bright, funny and sparkling music until the Moon magically turns into a disco ball!

Friday is all about groove and verve!

At this stage of her career, Sarahmée is an absolute staple of Québec’s rap scene. With Poupée Russe, a third long-player to followed critically-acclaimed albums Légitime and Irréversible, the first ever hip-hop artist nominated for the prestigious Révélation de l’année award at Gala de l’ADISQ came back stronger than ever, resolute to leave a legacy. On Friday, starting at 8pm, she kicks off the great venusian ball with rhymes and style a plenty!

Considered a pioneer of the genre, Québec rapper Koriass has been busy over the years as he released six albums including neo-classics such as: Love suprême, La Nuit des Longs Couteaux and Génies en herbe. Combining maturity, cynicism, humor, sensitivity and steadfast focus, the artist whose reputation precedes him promises a barrage of sharp spits when he presents new material from his latest album: Abri de fortune (pour fin du monde).

Sold out concerts at Bell Center and Vidéotron Center, a performance on les Plaines d’Abraham… Nothing’s too good for Loud. Following the commercial and critical success of his first three releases, two full-length as well as an EP, the superstar rapper recorded a new album entitled Aucune promesse. He now resumes live activities, defending a brand new concert where old classics, new earworms and deep cuts can be enjoyed. In short, come Friday, 10pm, expect an overdrive of beat, flow and swag on Scène Vidéotron!

Saturday puts an emphasis on experimentation and innovation!

As is now tradition, FME is presenting a selection of artists pushing the boundaries of modern music for the pleasure of festival goers on the lookout for new sounds. First off, the curators offer for the very first time in Québec, Latvian performing artist, Elizabete Balčus, rumored to release a new album in the Summer. Saturday at 8pm, attendees can catch a glimpse of her unique artistic method where dancy rhythms, vocals and flute loops, as well as melodies played on a synthesizer made out of fresh fruit (yes, made of fresh fruit!) coexist flawlessly.

At 9pm, follow the house-fueled synthetic anthems of Montreal artist CRi, the first ever electronic musician to win Révélation de l’année at Gala de l’ADISQ in 2021. Propelled by slightly syncopated percussive elements and futuristic, yet anchored bass lines, his slow burning and trance-inducing tracks are celebrated by electronica aficionados all around the globe. For the occasion, the protégé of London-based electronic label Anjunadeep offers a unique formula featuring guest performers.

To conclude this utmost psychedelic bill, FME invited prolific art pop ensemble Animal Collective to take part in the Événements SiriusXM concert series! Drenched in electronic manipulation, heavenly reverberation and calculated exuberance, songs from this world-renowned orchestra are all at once grandiose and cryptic, the result of their uncanny ability to elude eras and trends. The four visionaries, described by journalist Fred Thomnas as “the face of independent experimental rock during the 2000s and 2010s”, perform their bigger-than-life musical.

A Sunday event that promises to be both eclectic and vivifying!

To properly commemorate 20 years of programming the very best up-and-coming music, the festival organizers have put together a most festive event to close out the ceremonies. Opening at 8pm, Lou-Adriane Cassidy will share devil-may-care songs from her latest album, an offering that showcases her exceptional talent, all the while celebrating sensuality and youth. Catch the alternative and soulful blend of pop of this artist that does as she pleases.

Festival attendees will then be entertained by indie-rock-with-a-touch-of-electronica artist: Rich Aucoin. The FME regular recently unveiled two singles from Synthetic, his forthcoming album scheduled for October 19th. Here is what we know so far: it is a quadruple album AND it features no less than 37 keyboards. All of this begs the question: “What gadgets will the synthesizer enthusiast be bringing for his performance”? Find out on Sunday at 9pm when our dear friend visits us for a much-anticipated third concert at FME!

For the grand finale of this 20th anniversary edition, the team at FME thought it best to invite their favorite MC: the illegitimate heir to the subversive pop throne a.k.a. the prince of the alternative airwaves a.k.a. their majesty Hubert Lenoir! The artist first offered a formidable earworm goldmine entitled Darlène, but looking back on it, it is now obvious that this was but the tip of the iceberg. With Pictura de Ipse : Musique Directe, the singer-songwriter later proposed an absolute tour-de-force, a long-player where modern rhythms, timeless melodies and daring arrangements run amok beautifully all along the grooves. What’s more, his live concerts are energetic and cathartic, the perfect context to get lost for an hour or two… Rouyn-Noranda is the place to be on September 1-4, don’t you think?

After a two year absence, festival passes will be back for this 20th edition of FME! The different passes; La Totale, De Luxe, De Base, Shows Extérieurs and La Clique à 10 piasses, will be going on sale on Friday, June 10th, 2022 at noon. These items will be offered in limited quantities on the festival’s website.

Go to the Module